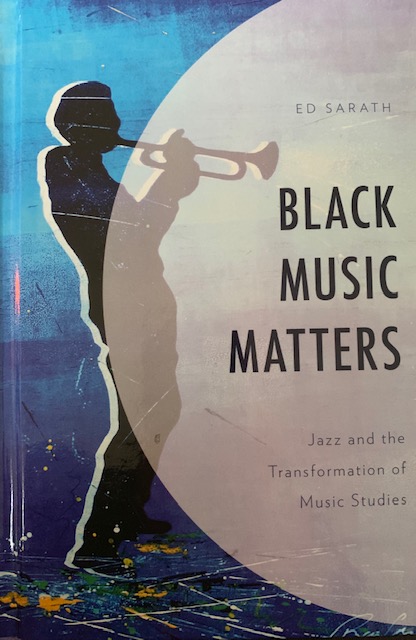 As reprinted from Continuum 8, the Newsletter for the Society for Consciousness Studies.

This book is an extremely important view of jazz as both a marriage between African American and European cultures, and as an example, or call to an integral leadership which emulates its creative, improvised complexity.

The Newsletter of the Society for Consciousness Studies - Continuum 8

“Jazz has always been a frontier of inquiry, with experimentation in multiple registers.”
~ Nate Chinen

“What we call music in our everyday language is only a miniature from that music or harmony of the whole universe which is working behind everything, and which is the source and origin of nature.”
~ Hazrat Inayat Khan

In his new book, Black Music Matters, Ed Sarath’s scholarship and vision lead us into a central evolutionary rhythm of our times—integration. The Integral Era is upon us, an era of complexity, connectivity and unity (Gebser, 1985; Aurobindo, 1990; Combs, 2002; Combs, 2009). What better symbol for this expansion into multi-rhythmic, diversity and transdisciplinary thought than Jazz.

Sarath is a professor of music at the University of Michigan, director of the UM Program in Creativity and Consciousness Studies, and active world-wide as a performer, composer, recording artist, and scholar. He is founder and president of the International Society for Improvised Music. He is a pioneer in the application of Integral Theory to music. He has also written Improvisation, Creativity, and Consciousness (2013), Music Theory through Improvisation: A New Approach to Musicianship Training (2010) and is lead author of the widely read CMS Manifesto, which appears in a co- authored book, Redefining Music Studies in an Age of Change (2016), in addition to a number of articles and musical recordings.

Jazz is a musical expression that developed here in America starting around the 1890’s with its first form being Ragtime (Berendt & Heusmann, 2009). It originated of the African-Americans who found themselves forcibly transplanted to the new world of America. Jazz is special in particular for its rhythms and beats which were brought from Africa. These original beats are the rhythm feeder for the rest of the popular music of our time (Berendt & Heusmann, 2009). Jazz shares many commonalities with Indian Ragas (Berendt, 1991), particularly improvisation and the use of microtones (Berendt, 1991), as well as with a higher-level understanding of improvisational classical music, with which jazz ultimately made a marriage as it evolved through its fourteen decade journey here in America (Berendt & Heusmann, 2009; Sarath, 2018).

What difference does an integral viewpoint make to jazz? Here is an example. Sarath is a champion of jazz as one of America’s greatest contributions to the world. He tells the story of the African American features of Jazz—African-based rhythmic foundations, prevalence of improvisation in individual and collective formats, blues roots, highly personalized expression amidst rich collective interaction, self- transcending connections, and spirituality—and the marriage of these features with the music that the Europeans brought with them across the Atlantic (Sarath, 2018). What is radical about this? Well for starters, from an integral, transcultural perspective it is an example of a healthy collaboration between two cultures who have a difficult history and benefit from models of positive exchange. Furthermore, once we can see a healthy marriage of these two cultures, can we not imagine the transformative benefits of equality in other diverse aspects of culture and commerce? When we truly allow the best of our culture to step forward and mix and blend with another, then greatness and legacy—the expansion and amplification of the best of both worlds—become a possibility. Just as many of the great songwriters and musicians would tell you happens in their best collaborations. And how do we do this at a programmatic level? Sarath insists it must be part of the educational system; and seeks to redefine music studies at this foundational level.

Black Music Matters is of interest to those who: would like a living example of integral theory and transformative practice; follow transdisciplinary thinking and program offerings; are researchers of musicology or ethnomusicology; are disciples of the high art form and extraordinary contribution of jazz; and to those who believe in the healing power and fundamental contribution of music to our well-being and consciousness.

Throughout his book, Sarath draws from the concept of individuation through music (Jung), transdisciplinary thought (Nicolescu), integral thought (Wilber), and critiques lower order interpretations of classical and jazz, instead offering higher order, transdisciplinary (or transcultural) understandings. “However, the same word—jazz— from a transcultural perspective, characteristic of higher order visioning, designates a creativity-rich, self-transcending region with unmatched capacities for culturally diverse interaction and infusion” (Sarath, 2018, p. xvi). Sarath also extends musicologist Christopher Small’s key theory of “musicking,” that music is a process and not an object (Sarath, 2018). Sarath’s work is in the same lineage and direction of educator/author Alfonso Montouri, co-editor of Creators on Creating and Social Creativity.

Black Music Matters begins with a clearly thought out and well written introduction that is accessible to the lay person and of interest to the scholar. The major thoughts and themes are well defined and presented so as to build a foundation for the work. The body of the book is presented in two sections. Part I: “Jazz and the Creative Turn”, and part II: “Jazz and the Consciousness Turn,” which represent the two transdisciplinary perspectives of the parts of the whole and then the whole and its parts.

Here are a few chapter highlights.

Chapter 5, “A Jazz-Based Integral Perspective on Consciousness,” addresses the hard problem of consciousness with the same answer that philosopher of science and integral thinker Ervin Laszlo gives: there is no problem, consciousness is ontologically primary (Laszlo, 2017; Sarath, 2018).

Chapter 7, “Jazz and the Integral Revolution,” concludes with an account of the transformative power of a creativity and consciousness revolution expressed through jazz-inspired integral approaches.

This is a deeply anchored, spiritually soaring vision connecting the rhythms of our musical humanity with a positive, forward thinking call to leadership. While there are sophisticated and powerful recent books on jazz written by such noteworthies as Joachim-Ernst Berendt and Nate Chinen amongst others—and books on creativity in education by Montouri mentioned above—this book stands out in bridging an understanding of the art form of jazz and music, the relationship of this to consciousness, and the well-articulated theories that structure the process into programs, education and social transformation.

Berendt, J. (1991). The world is sound: Nada brahma: Music and the landscape of consciousness. Destiny Books.

Combs, A. (2002 ). The radiance of being: understanding the grand integral vision; living the integral life. Paragon House.

Hameroff, S. (2018). An overview of consciousness. Talk given at The Science of Consciousness Conference. Tuscon, AZ.

Khan, H. I. (1959). Music. International Headquarters of the Sufi Movement. Geneva. Laszlo, E. (2017). The intelligence of the cosmos: why are we here? Inner Traditions. 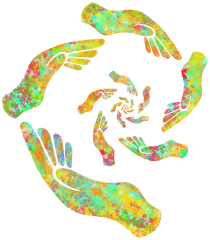